Oh Lord Help Us > Devotionals > Faithful: Beginning the Journey from Anguish to Hope

Faithful: Beginning the Journey from Anguish to Hope 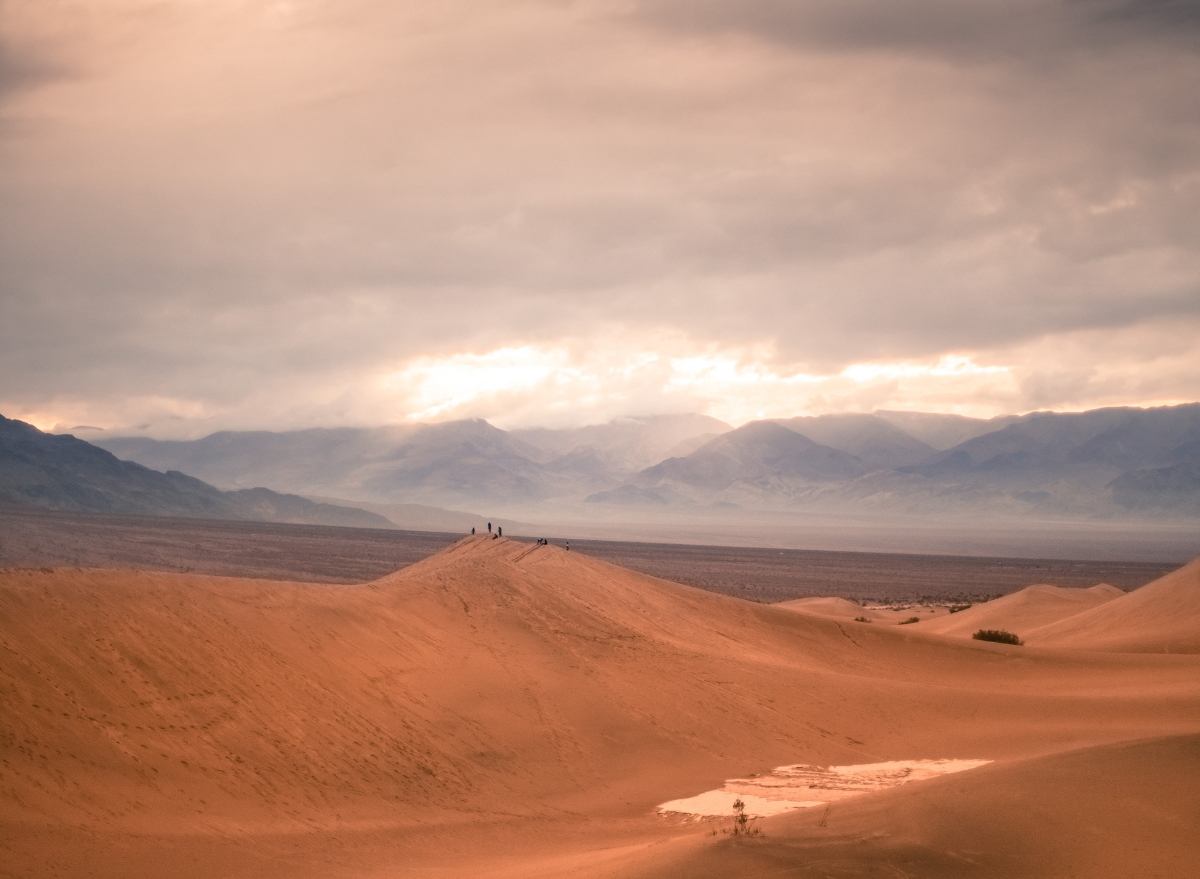 The Lord is faithful and leads us on a journey from feeling anguish and hopeless, to a place where we can experience hopefulness.

Growing up in church, it’s easy to glaze over at familiar stories. However, God often times will use these familiar tales to teach me as my husband and I share them with our children. He sets a familiar to me Bible story before my kids and works in my heart just as much as theirs. A while back, God taught me and grew me as I taught my children the story of the exodus.

Before God led the people of Israel out of Egypt, He spoke to Moses, the man He raised up to lead His people out of their slavery. God spoke to Moses this… As I read this passage, to which I am well acquainted, how the Israelites responded to these incredible promises God gave them through Moses struck me deeply. They didn’t even listen to him. But did you catch the reason? It was “their broken spirit and harsh slavery”. I never noticed those little words before in the many times I’ve read through the book of Exodus, but it really resonated with me.

I decided to look up the meaning of those words and learned that “broken spirit” can be translated “anguish”. That is a strong word for deep hurt. The Israelites were in such anguish of spirit because of the oppressive conditions they lived under for so long that the precious hope held out before them wasn’t even something they could grab hold of. The children of Israel were completely and utterly hopeless.

I know that place of total hopelessness. Just as the Israelites found themselves beaten down to nothing by their slavery and oppressive conditions in Egypt, so, too, I once lived in my own Egypt.

My Egypt is the place I lived after first disclosing my abuse. It was not well received, and for many years, people who claimed the name of Christ wanted to punish me for what happened and the way trauma was playing out in my life. So, I thought God did not care, and I needed to make it all go away.

I spent a decade pretending nothing happened and trying to hide the impact that “nothing” took on me. Too many people told me too many times I shouldn’t be impacted by what happened if I was truly a new creation in Christ. The less than a handful of times I attempted to reach out for help because “nothing” got that bad, I was shamed or silenced or both. Many times Christians acted as Egyptians beating me down to the point of hopelessness. I resigned myself to the way things were and to the lie that God did not care. Complete and utter hopelessness.

However, a few years ago, I heard a new message from someone else claiming Christ. This message was different than any I’d ever heard. A new pastor told me God does care. He does heal. The way things were is not where God wanted me to stay. This pastor held out hope, true hope stemming from God’s never-broken promises. But I responded just as the Israelites.

Hope was in front of me. Hope from God which cannot fail, yet I couldn’t grab hold of it. Not only did my broken spirit not believe this promise of hope, it simply couldn’t. To believe in hope that things could get better, and for healing to be real, was more than my finite mind, broken by the years in my Egypt, could understand. When God’s promises were held out before me, I didn’t believe it was real. I reacted just like the Israelites when Moses brought them hope for the first time in centuries.

Hope was in front of me. Hope from God which cannot fail, yet I couldn’t grab hold of it. Click To Tweet

The story of the Exodus doesn’t end there though. Israel doubted, but God kept the very promises they could not believe. Even in their disbelief, in the midst of their brokenness and slavery, He was faithful. God kept His promises because His faithfulness never depended on their faith. He didn’t condemn the Israelites because they faltered and doubted. No. In the middle of their doubt and sufferings, He had compassion on them. He still showed Himself mighty. God still brought about the freedom and redemption He promised but they couldn’t grasp the hope for.

So God started working. He sent Moses and Aaron to Pharaoh. Pharaoh refused to let Israel go, so God worked miracles in the plagues. As He worked, their faith strengthened and their doubt gave way to trust, faith, and belief. By the time the tenth and final plague was upon the land, God told the Israelites to kill a lamb and put the blood on the doorposts. He gave them all the directions for the Passover meal, and they didn’t question Him. They obeyed and trusted and believed He would spare their firstborn when the firstborn of each household in Egypt died in that last and dreadful plague. And He did.

He then told them to plunder the Egyptians by just asking for their valuables. It is absolutely ridiculous to think people will just hand over their most valuable possessions without a fight because they were asked. Yet Israel believed God and did what He said. They were given their loot, and they left Egypt behind.

By the time they arrived at the Red Sea, their faith was strong. They trusted Him enough to walk through the Sea on dry land, enormous walls of water towering on either side of them. They believed He would hold the water until they got to the other side safely. Of course, He once again proved himself faithful, holding back the water until they were all safely across.

The children of Israel started in a place so broken they couldn’t believe the hope God held out for them. Still God was faithful in the midst of their doubt. He brought about their freedom and redemption just as He promised. In the process, their faith strengthened tremendously.

I also started in such a broken place that when hope was offered, I didn’t know how to accept it. Intrigued by the prospect the pastor held before me, I moved towards the hope he offered in Christ without believing it was even possible. Yet in my doubt, God remained faithful. He worked healing little by little where I doubted healing could ever touch. I took the first step out of Egypt, and as I moved forward towards the hope offered, I crossed my Red Sea. The Exodus story isn’t over yet. The Israelites still faced a long journey ahead to reach the promised land. There were still many lessons for them to learn. Just like them, moving towards the hope offered was not the end of my story. I faced a long journey ahead to reach my promised land. God taught me more from this story, but that will be for next time…. Kelly
Hi. I'm Kelly. I'm a wife and a mom to three, soon to be four, amazing little (and not so little) kiddo's who I also happen to homeschool. I'm a writer and poet, sister and friend. I'm a survivor of childhood trauma, in the middle of a healing journey. Yet more than any of that, I am a daughter of God, who has renamed me "My Delight is in Her" (Isaiah 62:4), and I am learning to live daily in that incredible truth.
Related posts