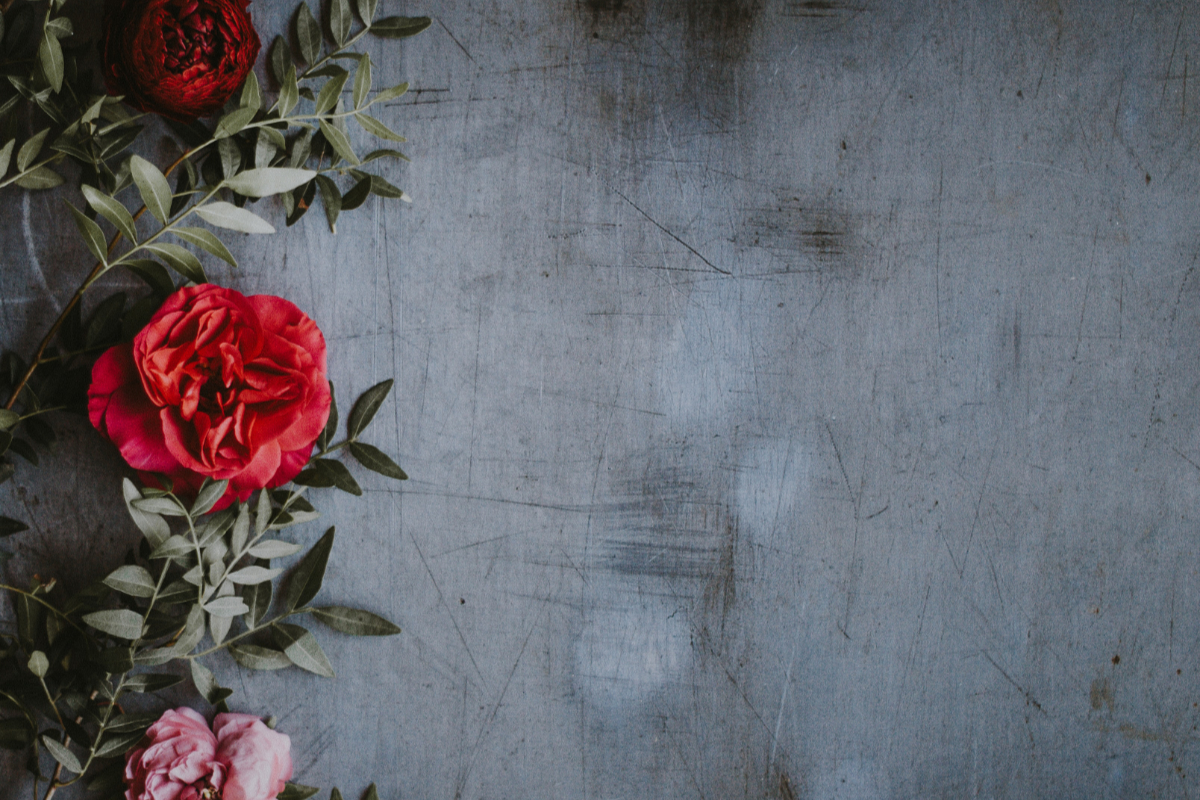 Books on controversial subjects are plentiful. Some may be legitimately helpful when it comes to being knowledgable, but how do we know what’s right? David said, “I will not let anything worthless guide me” (Ps. 101:3a, CSB). Who or what should be our teacher?

Last week a mom asked me for advice. Her teenager has been voicing opinions in favor of gender/sexual orientation. She asked how she could talk about it beyond just saying “Because it’s in the Bible.” I said, “When someone wants to use the Bible for personal approval, there are a bunch of Biblical passages that can be taken out of context.”

For instance, I was recently approached by a woman who asked me if I wanted to learn more about God, the mother… ??? There is an entire handbook of denominations that believe different things about the Bible. 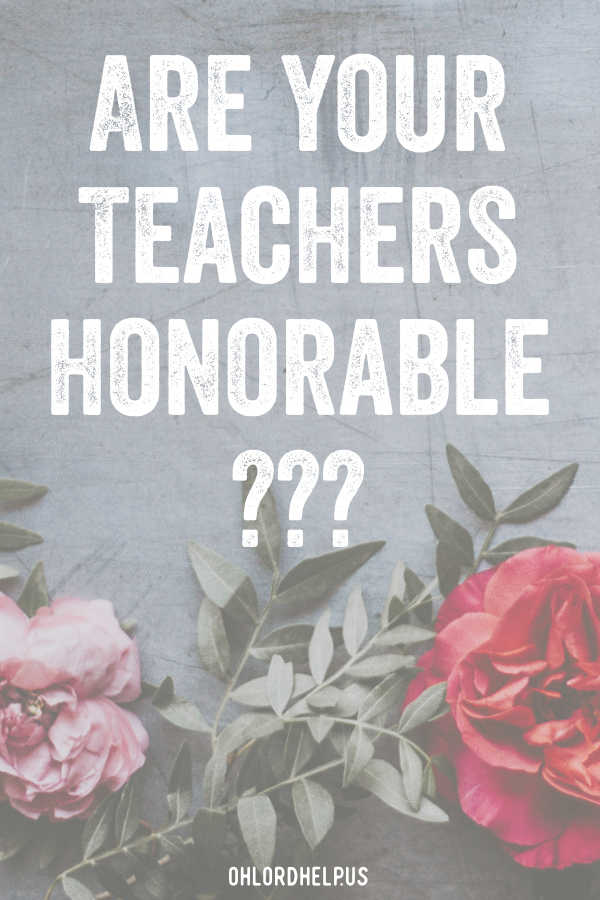 The weight of hot button issues fluctuates throughout each generation, varying in the attention they receive.

A little over one hundred years ago women weren’t allowed to wear pants or vote. Drinking alcoholic beverages was seriously frowned upon in Southern Baptist churches until the last few decades. However, now it has become somewhat of an acceptable trend…which isn’t necessarily a great victory.

When it comes to any search for truth, the most important thing is to know the Lord. The Spirit of God disciples the hearts of those who seek Him.

I’m not saying we should never discuss specific topics or read books other than the Bible. But the highest counsel comes from God and His Word. The best way to trust the Lord is to understand His character and trust His teaching.

The counsel of the Lord stands forever, the plans of His heart from generation to generation.

I understand how frustrating it can be when someone tells you to “get to know the Lord.” Like, wow. I’ve never heard that one before. Great idea! (Sarcasm? Is that you?) HOW? was the battle cry of my heart for so long. If I wasn’t reading it on my own, the Bible was read to me since I was in the womb. Yet for so long I felt I was missing something staring me in the face.

One of my favorite pictures of God’s character is His interaction with Simon Peter. Peter was a zealous, devoted, and fierce disciple—and he was fearfully disloyal when it mattered most. The third time Peter denied being associated with Jesus, Luke records, “Then the Lord turned and looked at Peter” (Luke 22:61a). I love how Brennan Manning wrote of this account.

In that look the reality of recognition was disclosed…The Man whom he had confessed as the Christ, the Son of the living God, looked into his eyes, saw the transparent terror there, watched him act out the dreadful drama of his security addiction, and loved him.

Jesus saw and knew Peter was afraid. He understood the depths of Peter’s heart and though he had walked with the Christ for three years, he chose self-preservation over allegiance to his Teacher.

What’s more, soon after Jesus’s resurrection He had a conversation with Peter (see John 21:15-19). Jesus asked Peter repeatedly if he loved Him and instructed Peter to shepherd His sheep. Only God, who intimately knows the hearts of humankind, could offer such an assignment to someone who had recently denied knowing Him. Jesus looked at Peter and saw him. Then Jesus gave him another opportunity to be a bold teacher for the sake of the gospel of salvation.

Every time Jesus says, “Do you love Me,” and Peter says, “Yes I do,” Jesus doesn’t say, “Well gosh, if you did, what happened six weeks ago, Bub?” He’s not asking that question. What does He say? He gives him work to do. “Do you love Me? I have work for you to do. I need you to feed my sheep, I need you to tend my lambs. I have work for you to do. I have new, good, beautiful things for you to make, and I want you to start paying attention to Me more than you are paying attention to your shame.”

Author Curt Thompson, MD, shared in an interview with ACT29

I am currently taking some seminary classes, so I read a lot of books. Most of them are great teachers. But I cannot tell you how much richer the content is now that I have a better understanding of who God is! God’s character is faithfulness. It is love and justice. His very nature is righteousness, and He teaches those qualities to His children!

But the one who boasts should boast in this: that he understands and knows Me—that I am the Lord, showing faithful love, justice, and righteousness on the earth, for I delight in these things. This is the Lord’s declaration.

God's character is faithfulness. It is love and justice. His very nature is righteousness, and He teaches those qualities to His children! Click To Tweet

Regardless of the issues you are facing or will face, there is help. There is counsel in the Word of God. So much advice is flung at us. From books to social media and more. How do we know what is right? By knowing the Teacher, the Creator of heaven and earth.

It’s not an overnight realization either. It will take our entire lifetime. But when you think about it, isn’t it wonderful? What an adventure—we can always learn more about our Maker and be taught by the One who knows all things.

Our help is in the name of the Lord, the Maker of heaven and earth. 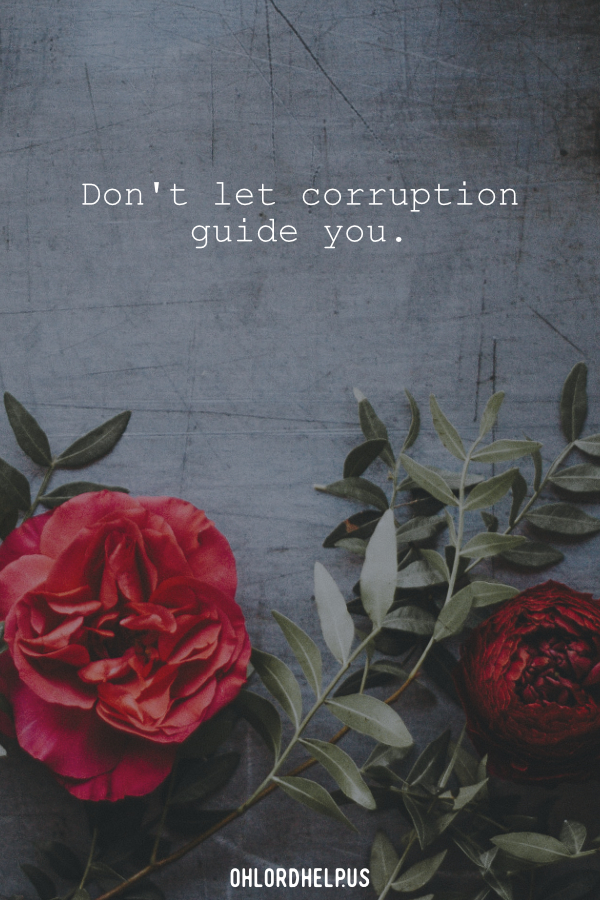 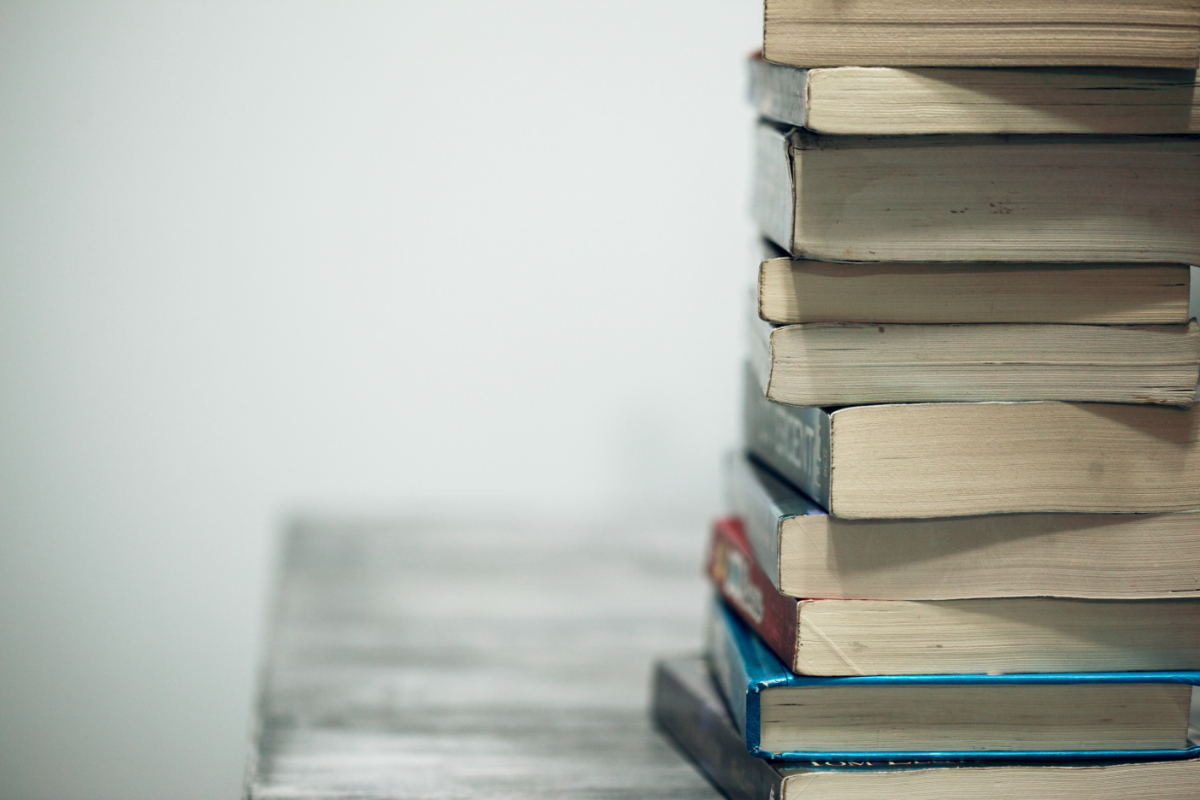 Knowledge can be powerful, but to what end? Understanding may bring advancement, yet at times those tidbits of information leave us wishing we could un-know it.

Recently I read a case study about a woman who struggled with paralyzing fear. Both she and her fiancee were followers of Christ, but her betrothed had been sexually immoral before he became a Christian. She was concerned about STDs so they both underwent testing. He came back clean, but she learned she would have difficulty conceiving children. That knowledge sent her spiraling into a deep depression. She went from one fear to another based on the information she received. 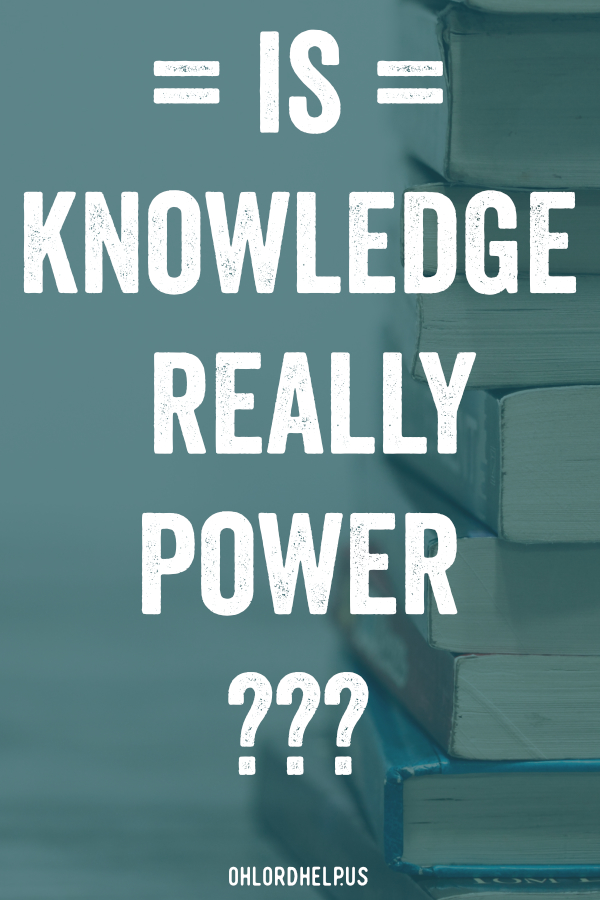 On my way to the auto shop the same day I read the case study, I was keenly aware of the thin tread and unwelcome screw lodged in my back driver-side tire. Wincing each time I hit a bump, I tried to navigate the winter roadways with the expertise of a racecar driver.

Then it donned on me: A week ago I had no idea my vehicle was less than safe to drive so I drove around town without worry. God was just as faithful to get me from A to B, but like the woman I read about, I did not experience any anxiety until I had knowledge of the incapacity. There are definite perks to not knowing some things. Once known, what can we do with it?

Teach me to do your will, for you are my God; may your good Spirit lead me on level ground. For your name’s sake, O LORD, preserve my life; in your righteousness, bring me out of trouble.

In the beginning, Adam and Eve knew only goodness and purity. There was not one iota of doubt, fear, or anxiety. They trusted God completely, loved one another fully, and enjoyed creation without hindrance. Their only need was God’s presence. Then an opportunity arose.

Now the serpent was more crafty than any other beast of the field that the Lord God had made. He said to the woman, “Did God actually say, ‘You shall not eat of any tree in the garden’?”

Eve responded by quoting what God told her and Adam, saying God had commanded them not to eat the fruit of the tree in the middle of the garden — not even touch it — or they would die. Then the serpent offered a different viewpoint. He fed her more information than she had to begin with.

But the serpent said to the woman, ‘You will not surely die. For God knows that when you eat of it your eyes will be opened, and you will be like God, knowing good and evil.’

Eve likely thought what all of us have undoubtedly considered at one time or another: What if God is holding out on me? Are you familiar with this acronym — FOMO? It means fear of missing out. Eve had a choice in that moment… Trust her Maker or pursue selfish curiosity. God had given her and Adam one no in an entire world of yeses. “You must not eat from the tree of the knowledge of good and evil.”

So of course, being the children that they were, that’s exactly what they did…Instead of embracing God’s good gifts, the man and woman doubted God’s generosity toward them. Doubted that an entire world of goodness was enough. Instead, they turned their eyes to the one thing that had been withheld…As much as the man and woman clearly defied God’s boundary, they also rejected everything He had already provided for them. They saw all that He offered them and decided that it was not good enough. And in doing so they turned from His goodness to seek goodness elsewhere. But all they discovered was evil.

I want to be clear: knowledge is not evil. Pursuing education, practicing memorization, reading, and studying can be positive avenues to gain wisdom. But let the pursuit of knowledge have the purpose of conforming us more and more into Christ-likeness. And as a friend shared with me, it’s okay to be simple…

God will give us the understanding we need when we need it.

The unfolding of your words give light; it imparts understanding to the simple.

Some knowledge strikes fear in our hearts.

There is no fear in love, but perfect love casts out fear. For fear has to do with punishment, and whoever fears has not been perfected in love.

This verse is not meant to shame, but to encourage us. Pray to be perfected in love!

Some knowledge plants pride in our hearts.

We can never exhaust our knowledge of God. He faithfully reveals His character through His Word, His people, and through His creation. He knows all things, and as a result of His overflowing delight, He has given us the gift of His Spirit to preserve and grow us into His likeness.

Now God has revealed these things to us by the Spirit, since the Spirit searches everything, even the depths of God[…] Now we have not received the spirit of the world, but the Spirit who comes from God, so that we may understand what has been freely given to us by God.

Sisters, may we trust what has been freely given and revealed to us, and only ever seek the knowledge that draws us closer to Christ.

We can never exhaust our knowledge of God. He faithfully reveals His character through His Word, His people, and through His creation. Click To Tweet 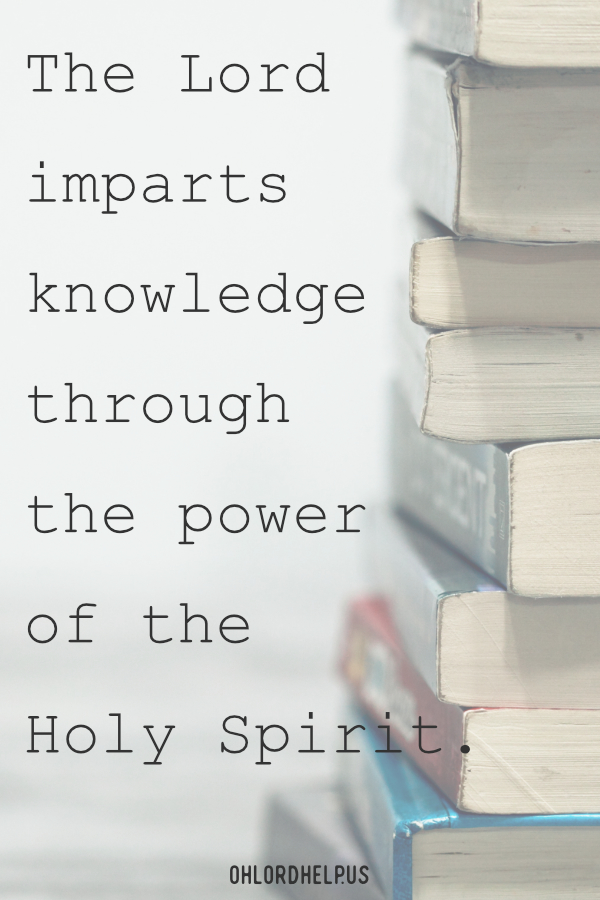