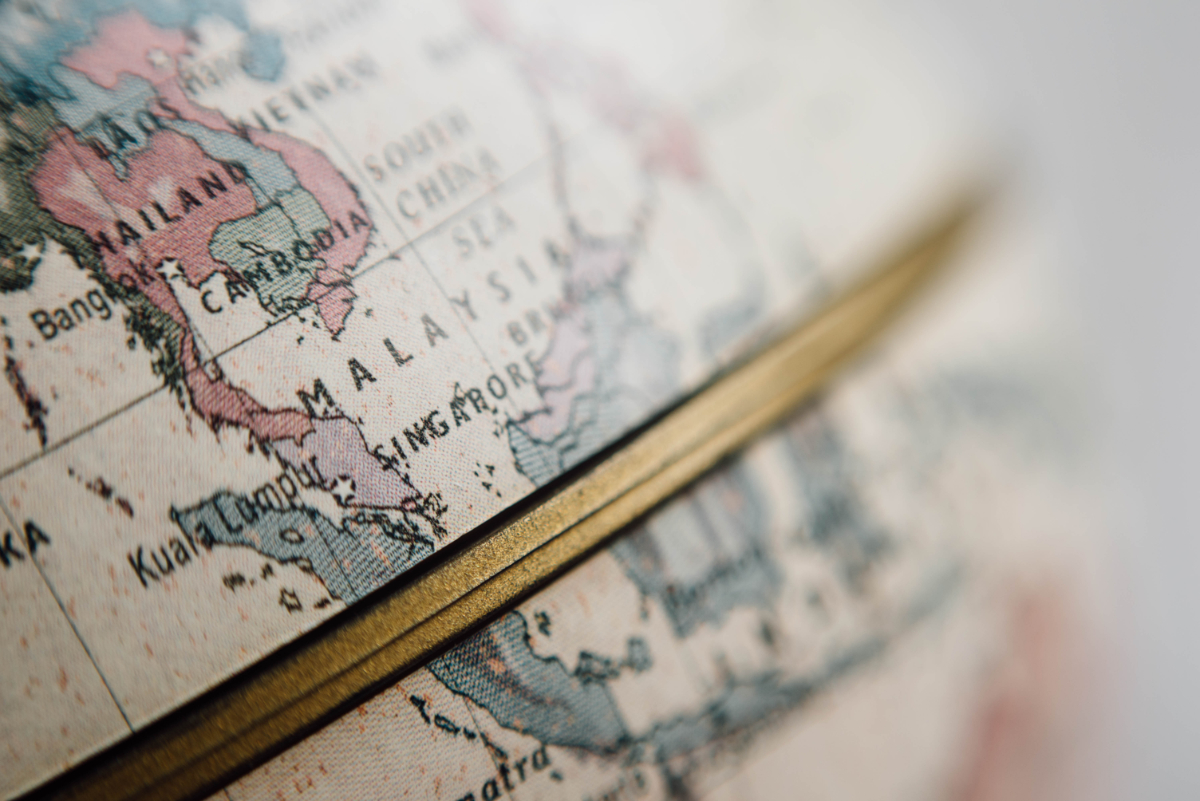 Loving our neighbor is more than loving the people directly next to us. It is loving all those whom God has created and has compassion for.

The dark was so encompassing on the cloudy night. It crept right up next to the young girl as she held tightly to her mother’s hand. They stumbled through the night desperately trying to keep up with the group that they prayed would lead them to freedom.

They were leaving behind a life of slavery and injustice. For over a year her mom had socked away a few coins from every odd job she could find. Her father had run ahead of them a few years before and had sent word that they should try and come. He had found a job, found a little house that he was sharing with some others who had escaped, and he missed them terribly. So a few weeks ago the little girl’s mom had given every penny she had saved to a group of men who promised to take them to freedom. And now here they were in the darkness, running across the rocky uneven terrain, stumbling, slipping, and praying for freedom.

That’s when the little girls life was turned upside down. The men who were “helping them” told her mother it was the little girl’s turn to help the men get more energy. The little girl was four years old. Mom screamed for her to run and then told the men she was happy to take on that responsibility, if they just let her girl go on her way. The little girl ran, hid behind a big rock and watched while a group of men did unspeakable things to her mother. They left her mother lying in the dirt. Torn and bloodied.

Even though there were many people in their group, no one spoke up. They turned their backs, covered their children’s eyes, and when it was over, kept walking through the darkness, leaving the little girl and her mother behind.

As day broke the mother moaned, got to her feet, took her daughter’s hand and kept walking. Now with no water, no clear sense of direction, and a broken spirit. They encountered another group later in the day. But were turned away because they couldn’t pay. One lady gave the little girl some water and a slice of bread though, and that kept them going for two days. That’s when they made it to the mighty river.

The little girl’s mom told her that crossing the river was going to be tough, but after they crossed, freedom was on the other side. She took all their clothes, made a rope out of them and struggled across. Naked, broken, tired they trudged into the raging water. Barely half way across the little girl got dragged under. The mother, with her last burst of energy, yanked the rope to pull her daughter up.

From the other side a young man saw the two struggle. As fast as he could he ran down to the bank to help. He dragged the two out of the river. They didn’t speak the same language and couldn’t understand each other. The little girl was trying to cover her mother afraid of what another man would do to her. Thankfully this man was truly a helper. He wrapped the mom in his shirt and took them to his house, fixed them up as best he could without taking them to a doctor.

The Light of Neighbors

This was a story told to me by a fourth grader almost 15 years ago about how she and her mother came to our country. They lived in a little shack not far from the school and I had the pleasure of going to visit them several times. They were always so welcoming and kept their home open to anyone, any neighbor, who needed a meal. Can you imagine? Going through such horror and still opening your home to feed others. And let me tell you those tamales were the best I have ever had. The love in them was so evident.

Teacher, which is the greatest commandment in the Law? Jesus made it very clear that loving God is most important, but loving our neighbor is also important. In the story of the Good Samaritan, He reveals God’s definition of neighbor as not just someone who lives next door, or someone who has the same faith, or language as you.

In reply Jesus said: “A man was going down from Jerusalem to Jericho, when he was attacked by robbers. They stripped him of his clothes, beat him and went away, leaving him half dead. A priest happened to be going down the same road, and when he saw the man, he passed by on the other side. So too, a Levite, when he came to the place and saw him, passed by on the other side. But a Samaritan, as he traveled, came where the man was; and when he saw him, he took pity on him. He went to him and bandaged his wounds, pouring on oil and wine. Then he put the man on his own donkey, brought him to an inn and took care of him.The next day he took out two denarii and gave them to the innkeeper. ‘Look after him,’ he said, ‘and when I return, I will reimburse you for any extra expense you may have.’

‘Which of these three do you think was a neighbor to the man who fell into the hands of robbers?’

God’s Call to Our Hearts

In a world that is turned topsy turvy about who our neighbor is, let God clear your eyes and heart. We are all neighbors in His eyes. While we may have to live within man’s rules and laws, God’s law comes first.

And now these three remain: faith, hope and love. But the greatest of these is love.

Please help us be the hands and feet of Your church. Let love be our guiding light. Thank you for showing me stories of people who have lived through life’s worst fears and come through with Your love and grace shining through them. Your word has been an anchor in my life and shown me the way, even when the world around is so loud and confusing. Thank you for the map and light in the darkness. Please help those in crisis and help us all be more like the Samaritan. Heather Molaro
These blurbs always make me crazy. Am I saying enough, too much, the right things, the wrong things? Number one thing I want you to know about me is that I LOVE my God! He is the reason for everything. I have a wonderful husband, two kids who light up my world, and am an elementary school teacher, which keeps me super busy. My new calling has been writing. I pray that through God's grace the words that I write are His desires for you and me.
Related posts