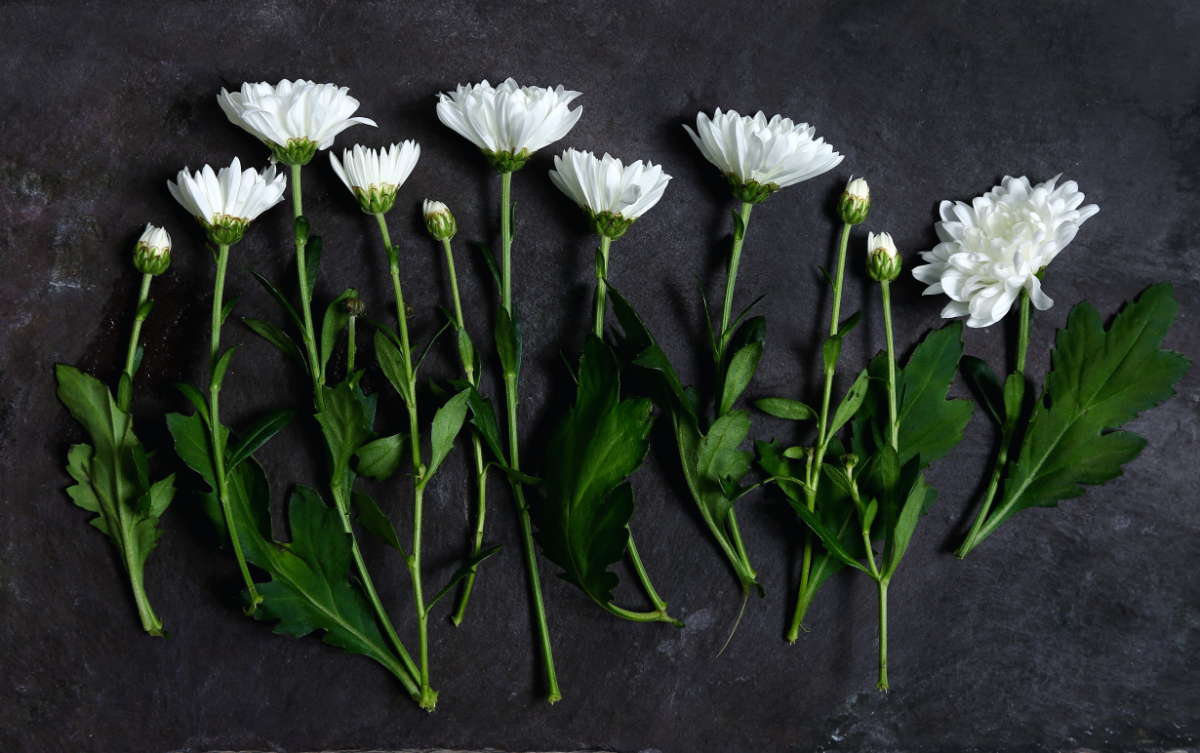 When we understand the past of people who have hurt us, we are more capable to extend grace. We are able to wipe their slate clean with forgiveness.

When I was in grade school, I loved it when my teacher would choose me to wipe the chalkboard clean at the end of the day. There was something almost magical about that simple physical process. What had been a murky mess—rows of math tables, diagramed sentences, partial erasures, and a lingering cloud of dust—could be wiped completely clean. What remained was literally a new, clean slate for the next day’s instruction.

As believers, we can glean a simple yet profound message here: the Lord’s forgiveness is a complete work, with mercies that are new each day. In Isaiah we read:

I, even I, am he that blotteth out thy transgressions for mine own sake, and will not remember thy sins.

And in the Psalms we’re reminded of just how far away He casts ours sins:

As far as the east is from the west, so far hath he removed our transgressions from us.

Being a mom of two young kids has done wonders in teaching me about the need for mercy and forgiveness. From meltdowns, to accidents, to intentional misbehavior (and those are just on my end!), to sibling rivalry, and the list goes on… We have an ever-present need for grace, mercy, and forgiveness in our home. Many days I feel as if I’m working at a deficit in my parenting bank. But if I’m operating in the red, that is precisely the time to turn back to the blood of Jesus. To let His strength perfect me in my weakness; to allow His forgiveness to flood my soul; and to let Him father me as I mother my children.

Misuse of The Rod

It has been hard for me to wrap my head and heart around the notion that God is a loving dad who gently guides me and forgives me when I make mistakes. My slowness to internalize this truth stems from the lies I learned and the wounds I sustained when I was very young. I was raised in a strict, legalistic, and abusive home. Repentance and chastisement were heavily emphasized, but somehow forgiveness seemed to be forgotten. If it’s the Lord’s goodness that draws us to repentance (Rom. 2:4), it was my mom’s misuse of the rod that drove me further from her, and for many years, further from God.

I remember one day when I was probably four years old. I had dropped a jar of cream that shattered and spilled all over the kitchen floor. Positive parenting classes I’ve taken would likely recommend a patient response to this kind of scenario. Consider whether a task is age appropriate for the child; acknowledge when something is an accident; enlist the little one’s help to clean up the parts of the mess that are safe for her to tackle. Patience, mercy, kindness. A Christ-like response.

But my mom had torn a page from a different kind of book and claimed that it was from the Good Book. She began shouting at me; dragging me out to the dark mudroom where she would whip me repeatedly on my backside with a leather strap. She slammed the door behind her, leaving me alone, scared, and wounded in the dark.

This was the typical pattern. I would misbehave somehow or accidentally break or spill something, and the hammer would come down. Hard. I would be “disciplined”, which usually meant abused, and a silent treatment would ensue. The painful welts on my body or missed meals were nothing compared to the punishment inflicted by Mom’s cold shoulder of emotional isolation.

I would then have to tip toe on eggshells and placate my mom until her storm of anger passed. Rarely, if ever, was there a loving conversation about how my misbehavior could be changed or what a reasonable consequence would be if I committed the same offense in the future. Instead, I would be forced to say sorry and accept the blame for whatever had happened. I can’t ever remember a time in those early years when Mom asked me to forgive her for how she had treated me.

On Pins and Needles

My mom died nearly three years ago. I recall a conversation I had with her a few years before she died. In the past, she had told me that she was raised in an orphanage from age seven until she graduated high school. But she had never gone into detail about what she had suffered there.

During her years at the orphanage, Mom found herself in the unfortunate position of being under the tutelage of a strict and abusive house mom named Ms. Hupp. Mom had harbored a deep fear of and hatred for this woman. She said Hupp would wake up all the girls before dawn, barking orders at them to get dressed, make their beds, straighten their belongings, and report for duty. Duty entailed meticulously hand scrubbing floors, washing walls, helping prepare meals, and various and sundry other tasks that she seemed to create just for the sake of keeping all the girls busy. Mom said Hupp’s constant scrutiny and criticism kept her on pins and needles.

As she described Hupp’s mistreatment, I began to connect the dots to my own experience of how Mom had treated me when I was little. Young women sometimes joke that one day they will probably become their moms. Well, Mom had grown up and become like Hupp. Without her own mom in the picture, she had learned from the only mother figure she knew. As Mom spoke about her hard heart toward Hupp, I could identify with her anger, but in a way, my own heart was softening toward my mom. Mom told me how the Lord had helped her to finally forgive Ms. Hupp. She said He had let her see Hupp’s wounded heart so that she could forgive her. As I write this, I can say that I have forgiven my own “Hupp” too.

After many years, my mom asked me if I could ever forgive her for all the ways she had mistreated me. When I told her that I had already forgiven her, I could almost see a weight lift off her. For so many years, she had borne the heavy shame and regret of her abusive behavior. Her abuse drove my dad to divorce her and fight for full custody of me and my siblings. Her abuse made it impossible for us to return to live with her when my dad died. But the pain Mom inflicted also drove her to her knees, to sincerely repent to the Lord and seek His forgiveness.

Although she knew she had been forgiven, she still struggling with the shame of the hurt she had caused. Somehow, she still needed to hear that I had forgiven her. Although we can seek the Lord’s forgiveness, we also need to humble ourselves to ask forgiveness of the people we have wronged; and we need to extend forgiveness to those who have wronged us. When we do so, we are free to fully love and be loved.

Although we can seek the Lord’s forgiveness, we also need to humble ourselves to ask forgiveness of the people we have wronged; and we need to extend forgiveness to those who have wronged us. Click To Tweet